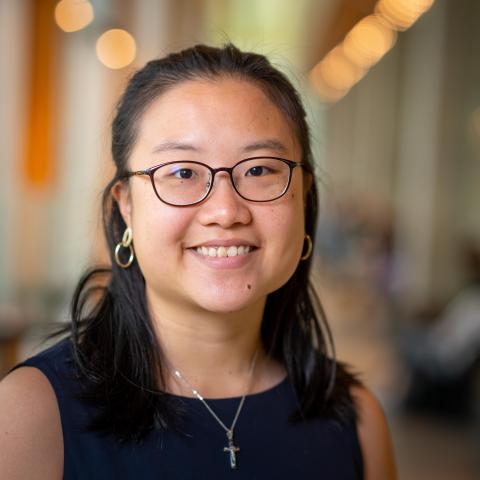 "I believe this program has equipped me with the technical know-hows to embark on a project whenever I am called upon to do so, and be an effective conduit between data scientists / engineers and the project lead."

Previous Degree: Bachelor of Science in International Relations from the London School of Economics
Program: MDS Vancouver, Class of 2022

Several summer internship stints in the public service in Singapore made me realize that I have a knowledge gap in terms of effectively dealing with large swaths of data. As such, I felt that it was necessary to arm myself with the technical knowledge to solve organizational pain points and drive innovation when I return back home.

Before the MDS Vancouver program, Jacqueline received her undergraduate degree in International Relations from London School of Economics and Political Science (LSE). While studying about global politics through the lens of major theories, Jacqueline wondered why these major theories were not backed up quantitatively. Thus, the academic pursuit of data science was born for her. When not studying MDS, Jacqueline is an avid triathlete, where she spends her free time either in the pool, on the track/park, or exploring BC by bike. You will also find Jacqueline binging the latest Korean drama. Read Jacqueline’s story,